The 8th is of the Seven

Posted on December 5, 2015 by Worldwide People of God 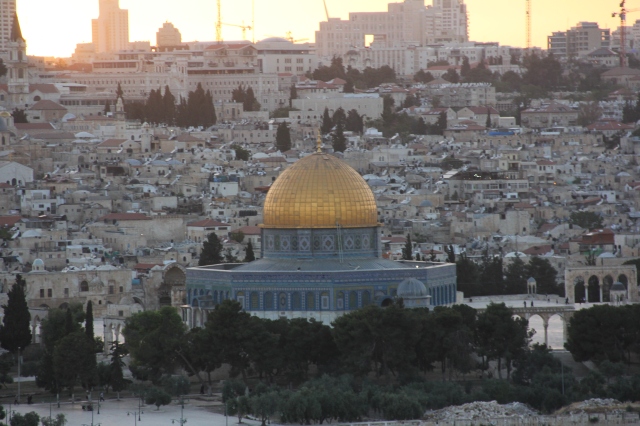 The Dome on the Rock Sits on the Temple Mount at Jerusalem Where the God and father of Israel had his temple. Christianity has abandoned the bible based worship of Jesus God and Father. So Strong delusion has taken root and false religion like modern Christianity and Islam have taken over.  Christianity, because of its abandonment of biblical practices and the Holy Days Lev.23 will have to submit to the New World Power or be destroyed. Beware of radical Islam, its coming to a city near you, only repentance and returning to Jehovah’s commandments can save you.

He (Satan)will use everything that God disapproves of to deceive those who are dying, those who refused to love the truth that would save them. That’s why God will send them a powerful delusion so that they will believe a lie. Then everyone who did not believe the truth, but was delighted with what God disapproves of, will be condemned. …
Any and all forms of worship that are not in the bible. Any holidays or other named gods.

Rev.17:99 “In this situation a wise mind is needed. The seven heads are seven mountains(Empires) on which the woman is sitting. 10 They are also seven kings. Five of them have fallen, one is ruling now, and the other has not yet come. (Islamic Ottoman Empire) When he comes, he must remain for a little while. 11 The beast that was (Islamic Empire) and is no longer is the eighth king. It belongs with the seven kings and goes to its destruction.

12 “The ten horns that you saw are ten kings(See PS. 83 below) who have not yet started to rule. They will receive authority to rule as kings with the beast for one hour. 13 They have one purpose—to give their power and authority to the beast. 14 They will go to war against the lamb. The lamb will conquer them because he is Lord of lords and King of kings. Those who are called, chosen, and faithful are with him.”

15 The angel also said to me, “The waters you saw, on which the prostitute is sitting, are people, crowds, nations, and languages. 16 The ten horns and the beast you saw will hate the prostitute. They will leave her abandoned and naked. They will eat her flesh and burn her up in a fire. 17 God has made them do what he wants them to do. So they will give their kingdom to the beast until Gods word is carried out. 18 The woman you saw is the important city which dominates the kings of the earth.” (Mecca)

A song; a psalm by Asaph.

1 O Elohim, do not remain silent.
Do not turn a deaf ear to me.
Do not keep quiet, O El.

until God’s words are carried out. 18 The woman you saw is the important city which dominates the kings of the earth.” (Mecca the city on seven hills near the sea.)

13 I saw a beast coming out of the sea. It had ten horns, seven heads, and ten crowns on its horns. There were insulting names on its heads.(God has no Son)  2 The beast that I saw was like a leopard. Its feet were like bear’s feet. Its mouth was like a lion’s mouth. The serpent gave its power, kingdom, and far-reaching authority to the beast. 3 One of the beast’s heads looked like it had a fatal wound, but its fatal wound was healed. (Ottoman Empire)

All the people of the world were amazed and followed the beast. 4 They worshiped the serpent because it had given authority to the beast. They also worshiped the beast and said, “Who is like the beast? Who can fight a war with it?” 5 The beast was allowed to speak arrogant and insulting things. It was given authority to act for 42 months. 6 It opened its mouth to insult God, to insult his name and his tent—those who are living in heaven.

Are you ready to submit to Allah? Or be beheaded as a witness to the Only begotten Son of our God and father Jehovah? Only you can answer your calling.

About Worldwide People of God

always interesting
View all posts by Worldwide People of God →
This entry was posted in Uncategorized. Bookmark the permalink.